Listen Up: These States Will Usher in Changes to Their Death Taxes in 2016 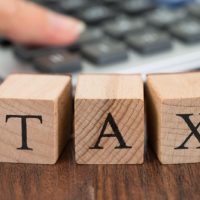 In 2015, there are still 20 U.S. jurisdictions that collect a death tax at the state level: Connecticut, Delaware, District of Columbia, Hawaii, Illinois, Iowa, Kentucky, Maine, Maryland, Massachusetts, Minnesota, Nebraska, New Jersey, New York, Oregon, Pennsylvania, Rhode Island, Tennessee, Vermont, and Washington. Even if you don’t live in one of these states, the state estate tax may affect you in the future since many people move from time to time. It may affect your beneficiaries, because they may live or move to one of these states.

The following states will see changes to their state death taxes in 2016:

The exemption will then continue to increase until it matches the federal exemption in 2019. Aside from this, gifts of New York property made between April 1, 2014 and December 31, 2019 will be subject to a three-year look-back period. This means that any gifts made during this time frame will be brought back into the New York taxable estate if the person making the gift dies within three years of making the gift. If you anticipate making gifts of New York property or if you are a New York resident, you should consult with us about how much your estate will be exposed to the New York and federal gift and death taxes.

As you can see, the days of easily planning for estate taxes have significantly changed due to portability of the federal estate tax exemption and a myriad of state-level death taxes. If you have any questions about the best way to protect your estate from federal and state death taxes, please contact our office.

DISCLAIMER: THE INFORMATION POSTED ON THIS BLOG IS INTENDED FOR EDUCATIONAL PURPOSES ONLY AND IS NOT INTENDED TO CONVEY LEGAL ADVICE.