How Does the New Tax Law Impact Seniors and Persons with Disabilities? 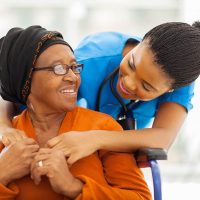 On December 22, 2017, President Trump signed the Tax Cut and Jobs Act (TCJA) into law. The new tax law represents the largest overhaul of the tax code since the passage of the Tax Reform Act of 1986, during the Reagan Administration. This vast legislation was passed by both the House and Senate with only Republican votes. Now that TCJA is law, how does it impact Marylanders and specifically, how does it impact seniors and persons with disabilities?

The New Tax Law is Good News for Most Marylanders

Retirees, most of whom are on relatively fixed incomes, are probably the most concerned about what the new tax law will mean for them. But, generally, they will be less affected than others because the changes do not affect how Social Security and investment income are taxed. In fact, many will benefit from the doubling of the standard deduction and, with the new individual tax brackets and rates, will be paying less in taxes when they file their tax returns in April, 2019. (Most of the changes will apply to 2018 income, not 2017 income.)

Here are main provisions in the new tax law that could particularly affect retirees and persons with disabilities. These individual provisions are set to expire at the end of 2025 so Congress will need to act before then if they are to continue.

Currently, you can claim a $4,050 personal exemption for yourself, your spouse and each dependent, which lowers your taxable income and resulting taxes. The new law eliminates these personal exemptions, replacing them with the increased standard deduction.

The blind and elderly deduction has been retained in the new law. People age 65 and over (or blind) can claim an additional $1,550 deduction if they file as single or head-of-household. Married couples filing jointly can claim $1,250 if one meets the requirement and $2,500 if both do.

The amount you pay in state and local property taxes, income and sales taxes can be deducted from your Federal income taxes—and the amount you can currently deduct is unlimited. The new law limits the deduction for these local and state taxes to $10,000.

Residents in the vast majority of counties in the U.S. claim an average SALT deduction below $10,000. Most low- and middle-income families who currently itemize because of their SALT deduction will likely take the much higher standard deduction unless their total itemized deductions (including SALT) are more than $12,000 if single and $24,000 if married filing jointly.

Currently, if you take out a new mortgage on a first or second home, you can deduct the interest on up to $1 million of debt. The new law puts the cap at $750,000 of debt. (If you already have a mortgage, you would not be affected.) The new law also eliminates the deduction for interest on home equity loans, which is currently allowed on loans up to $100,000.

Under the new law, parents will be able to take a $500 credit for each non-child dependent they are supporting. This would include a child age 17 or older, an ailing elderly parent or an adult child with a disability. It is temporary because it is set to expire at the end of 2025 along with the other individual provisions.

The AMT was created almost 50 years ago to prevent the very rich from taking so many deductions that they paid no income taxes. It requires high-income earners to run their numbers twice (under regular tax rules and under the stricter AMT rules) and pay the higher amount in taxes. But because the AMT wasn’t tied to inflation, it has gradually been affecting a growing number of middle-class earners. The new tax law reduces the number of filers who would be affected by the AMT by increasing the current income exemption levels for individuals from $54,300 to $70,300 and for married couples from $84,500 to $109,400.

The new law does not repeal the Federal estate tax, but it eliminates it for almost everyone by doubling the estate tax exemption to $11.2 million for individuals and $22.4 million for married couples. Amounts over these exemptions will be taxed at 40%. The new rates are effective starting January 1, 2018 through December 31, 2025.

ABLE accounts, established under Section 529A of the Internal Revenue Code, allow some individuals with disabilities to retain higher amounts of savings without losing their Social Security and Medicaid benefits. The new tax law allows money in a 529 education plan to be rolled over to a 529A ABLE account, but rollovers may count toward the annual contribution limit for ABLE accounts ($15,000 in 2018). The new law also changes the rules on contributions to ABLE accounts by designated beneficiaries who have earned income from employment.

While there are many uncertainties surrounding the impact of the TCJA, you don’t have to navigate this complex tax law alone – McDonald Law Firm is here for you. For assistance with many of the issues covered above, give Andre O. McDonald, a knowledgeable Howard County estate planning attorney a call at (443) 741-1088 to schedule a no obligation consultation.