All in the Family: Making Sense of Per Stirpes, By Representation, and Per Capita Distributions 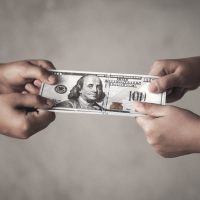 “That’s not fair!” In many households, this is the common refrain of children as they advocate for themselves or express what they feel to be unjust. This pursuit of fairness, however, is not limited to arguments between parents and young children. The notion of fairness often pervades family dynamics and may continue even beyond death when decisions about dividing accounts and property arise. The law has attempted to address different notions of fairness with a variety of distribution strategies. Per stirpes, by representation, and per capita are key terms in wills and trust agreements that specify the way money and property are to be equitably divided. As you explore these distribution methods, observe how they achieve fairness in different ways and with different results.

To best understand how these distribution strategies work, it is important to start with the basics. For the purpose of this discussion, let us focus only on the children who belong to both parents. In the simplest and most straightforward case, when a parent dies and the deceased parent’s accounts and property are divided among the children, the children split everything equally. This is the most basic inheritance distribution principle. Sometimes, however, grown children predecease their parents, leaving behind children of their own. Per stirpes, by representation, and per capita distribution are best understood in such contexts where grandchildren are relevant parties due to the death of a child.

The term per stirpes is derived from Latin and means “by roots” or “by branch,” but what does it mean in estate planning? In the context of a predeceased beneficiary, per stirpes distribution means that whatever would have originally passed on to a child had that child survived the parent will now pass on to the children of the predeceased child— the grandchildren. Consider the following example. Arthur has two children, Becky and Carl. Becky has four children of her own, and Carl has one child.

If Becky and Carl survive Arthur, they each receive ½ of Arthur’s money and property. However, if Becky dies before Arthur, Becky’s share will pass to her children. Under per stirpes distribution, Becky’s four children will divide their mother’s half of the money and property equally. This means that each grandchild through Becky would receive ⅛ of Arthur’s money and property, while Arthur’s other child, Carl, will receive ½ as his share. To obtain this outcome, a trust might include language such as “My trustee shall distribute my trust property per stirpes to my then living descendants.”

When a will or trust includes language to distribute estate property by representation, we look to the first generation of living descendants to divide the accounts and property and make sure each person at that level is represented. As a result, some grandchildren may not receive a portion of the inheritance because their parents are alive to inherit the total share. For instance, in the example below, Arthur’s son Carl is still alive, so Carl’s children will not inherit any portion.

If all of Arthur’s children predecease him, the first generation that would have inherited Arthur’s property and accounts is gone. Under by representation distribution, Arthur’s accounts and property would then be distributed equally among the grandchildren rather than based on what their parents were to inherit. Essentially, there is an even redistribution among the second generation.

Per Capita at Each Generation Distribution

Per capita means “by headcount” in Latin, which gives us insight into how this type of distribution plays out. Clarifying language can be added to further tailor how the money and property are to be distributed. For example, assume the trust language says “My trustee shall distribute my trust property per capita at each generation to my then living descendants.” In this case, individuals in the same generation would receive equal shares. To best illustrate this scenario, imagine that Arthur has three children, and each of his children has children. If two of Arthur’s children predecease him, their children will inherit their respective shares, divided evenly among any siblings.

We Are Here to Help.

Each of these distribution strategies attempts to achieve some form of fairness, but the determination as to what is fair can be subjective. As you make plans for your family, reach out to Andre O. McDonald, a knowledgeable Howard County, Montgomery County and District of Columbia estate planning, special-needs planning, veterans pension planning and Medicaid planning attorney, at (443) 741-1088 or (301) 941-7809. At McDonald Law Firm, we are dedicated to helping you craft a customized plan that you will feel confident about. We are available for virtual consultations.